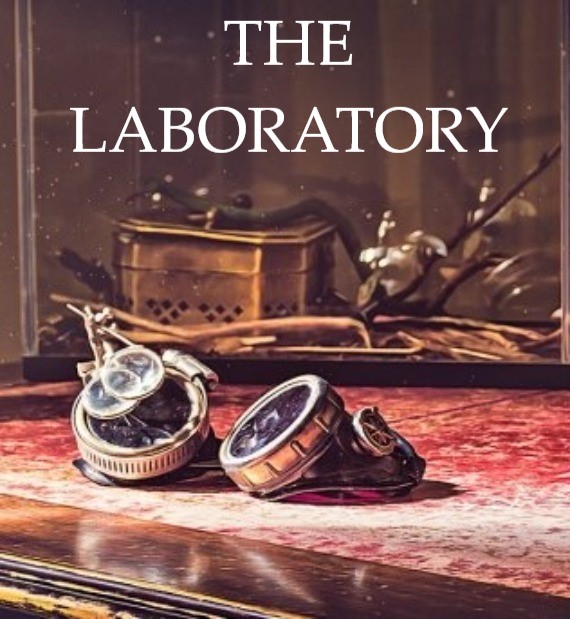 Dr. Marius Belikov was a Romanian geneticist, famed throughout Europe for his controversial research into extending the human lifespan. The Doctor's obsession with immortality began at an early age, when his parents tragically passed away in a laboratory accident. Since that time, he has dedicated his immense intellect to understanding the mysteries involved in delaying death.

His keen interest in manipulating the genetic code within human blood has taken his research to some dark places throughout his career, and Dr. Belikov is currently wanted in several Eastern European countries for unorthodox and often grisly testing on (mostly) animal subjects. This may explain his sudden disappearance, and officials have been unable to trace him, or find the result of his latest groundbreaking experiment- rumoured to be a powerful elixir set to change the course of science forever.

It's up to your team of ingenious lab rats to search his study, and discover the secrets within .

PRICE
£20.00
WHAT YOU NEED TO KNOW – READ BEFORE PURCHASING THE GAME
HOW DOES THE GAME FORMAT WORK

The Laboratory is a fully digitalised online game based around one of our retired physical rooms. No GM, no live avatar, no need to book a fixed time etc. which can be played by 1-6 players in one location or multiple locations.

The games are fully playable by the whole team together, and you can share the link to your game with your friends and family, that you would like to join you in the game.

Once you’ve purchased a game, you will be emailed a link to your game. You can start your game whenever you like from that point on, no matter what time or day. Once you start your game, you have 72 hours to complete the game, and can play in more than one session if you prefer. Once the game has started, anyone who joins in will join you at the point that you’ve got up to.

You can all move around independently, and see each other’s cursors making their way around the room, so you know what everyone is up to. Spin the dials on the padlocks, move around the room opening drawers and cupboards and discovering hidden items as though you were really there. Via your communication platform, you can point things out to each other and work together in real time, just as if you were in the room in person.

For multiplayer where players are in different locations, then the the team should set up a Zoom or Skype chat with the other players.

There is a hint/support system within the game that covers hints for each puzzle.

DO WE NEED TO BE IN THE SAME LOCATION

You can play from one room, several rooms in same household, or with different people in different locations. Players can communicate and see each other using a video call application e.g. Zoom, Skype (not part of the product).

WHAT ARE THE HARDWARE/SOFTWARE REQUIREMENTS

The game is best played on a desktop computer or laptop. The bigger the screen the better. Tablets and mobile phones can be used but can be more fiddly and prone to issues.

HOW MANY PLAYERS CAN PLAY

Suitable for 1 – 6 Players. We recommend a maximum of 6 players as this is a digitalised version of our original game optimised for this amount of players. You can have more players but this will reduce the fun and also start to cause confusion within the room due to too many people. For more than 6 players we strongly suggest purchasing more games.

IS THERE A MINIMUM AGE RECOMMENDATION

Suitable for all ages. Obviously, all children and adults have differing skills, abilities etc so is up for your own choice.

CAN WE PLAY HEAD TO HEAD

If you want to compete, then sure, you just buy yourself more than one game and time each other to see whom completes first. You could also set a time penalty rule for each Hint used. This would obviously need you to be honest with each other :)

Unfortunately game codes once generated cannot be refunded. Please remember, once game is started, make sure game is completed within 72 hours.